Top 8 Obstacles To Female Leadership & How To Confront Them 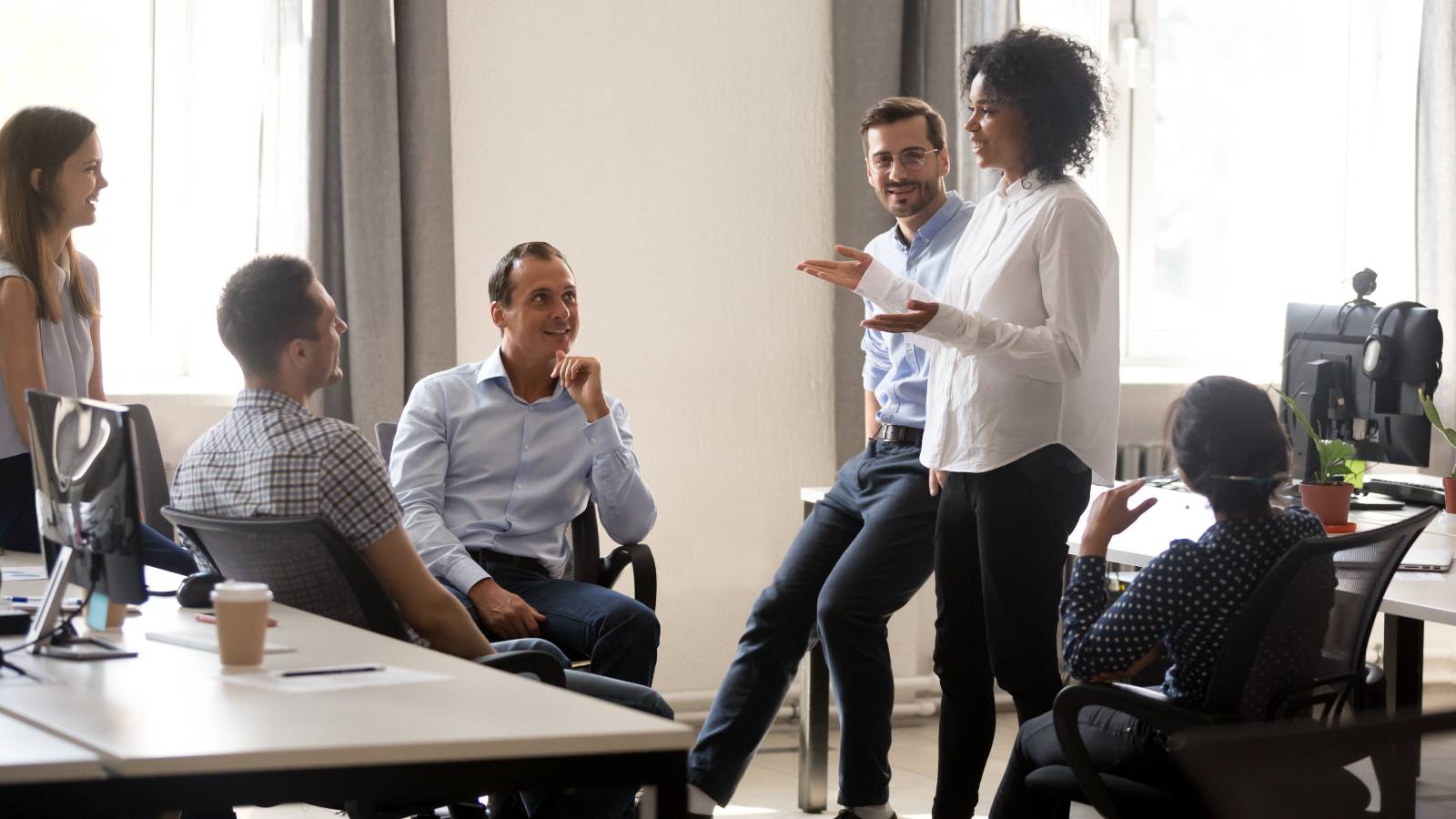 Although the number of women CEOs in S&P 500 companies reached an all-time high in 2020, the figure is still astonishingly low at 7.8%. Gender equity in the workplace has undoubtedly advanced over the past few decades, but our society still has a long way to go as many obstacles to female leadership still persist.

In this blog post, we’ll discuss eight obstacles to female leadership that exist both in the workplace and on the home front. We’ll also offer an idea for a step forward into a more equitable future—one with more women at the leadership table.

Are you ready to partner with a trusted advisor who can help put your finances to work for your future? Schedule a call with Bay Point Wealth today, and we’ll create your personalized financial plan together.

Women apply for 20% fewer jobs than their male counterparts, according to LinkedIn. The study includes behavioral data that shows women are self-selecting out of career opportunities. One potential reason for this difference in job-seeking behavior is that women may judge their own qualifications (or perceived lack thereof) more harshly than men, who may have more confidence in their abilities.

When a woman does apply for a job, land an interview, and receive an offer, obstacles to female leadership show up once again at the negotiating table. Women don’t advocate nearly as strongly as men for higher salaries, even in traditionally high-paying careers. Women also tend to give up more income for job fulfillment or flexibility, especially if they have children or other responsibilities at home.

Three-quarters of executive women report struggling with imposter syndrome at some point in their lives, which the American Psychological Association describes as “feeling like a fraud.” This syndrome can prevent women from advocating for themselves during job reviews or for higher-level opportunities. It can also cause women to take on more work than they should, often resulting in burnout.

With men filling over 90% of CEO positions and 80% of board seats in the U.S., this disparity is one of the major obstacles to female leadership that presently exists. To complicate matters further, many companies still aren’t obligated to report how many women sit on their boards, although regulations are beginning to change.

It is well known that compensation for women and men is not equal in America. “The highest-paid senior executive women earned 84.6 cents for every dollar earned by their male counterparts in 2019,” notes a February 2021 ABC News article. This issue is often a direct result of the four previously listed obstacles to female leadership (among other factors) and puts women in the C-suite at a significant disadvantage.

Women within corporations aren’t the only ones up against challenges. Women entrepreneurs also face obstacles to female leadership in the form of a lack of access to capital for their businesses. In 2019, companies with solely female founders only received 2% of venture capital (VC) funding, while partially women-owned businesses received 17%.

You’ve likely heard the saying, “It’s who you know, not what you know.” Many formal and informal alliances exist for men in the business world. While women have come a long way in this area, the opportunities aren’t as plentiful simply because there aren't as many women in leadership positions who can hold out a hand and pull other women up the ranks.

In general, women still shoulder more responsibilities at home than men, which means their need for work/life balance can impact not only where they work and the pay they receive but also the jobs they accept. For example, some women—especially single mothers—may not be able to travel for business, while their male counterparts may have a wife to look after the household while they’re at work.

How Financial Planning Can Help Women Reach Their Career Goals

Although the obstacles to female leadership are significant, having a financial advocate on your side is critical to dealing with common challenges women face in their careers.

At Bay Point Wealth, our team can help you through situations like salary negotiations and understanding your compensation package, whether it includes stock options or restricted stock units. We can provide a valuable perspective on what you’re worth so you don’t leave money on the table when negotiating for a higher salary.

We’ll also be a champion for your financial future. We can support you and take some of the load off your plate when it comes to your financial plan, investments, taxes, insurance, and estate plan. Schedule a call with us today to learn more about how we can help.

Please remember that past performance may not be indicative of future results.  Different types of investments involve varying degrees of risk, and there can be no assurance that the future performance of any specific investment, investment strategy, or product (including the investments and/or investment strategies recommended or undertaken by Bay Point Wealth [“Bay Point”]), or any non-investment related content, made reference to directly or indirectly in this blog will be profitable, equal any corresponding indicated historical performance level(s), be suitable for your portfolio or individual situation, or prove successful.  Due to various factors, including changing market conditions and/or applicable laws, the content may no longer be reflective of current opinions or positions.  Moreover, you should not assume that any discussion or information contained in this blog serves as the receipt of, or as a substitute for, personalized investment advice from Bay Point.  Please remember that if you are a Bay Point client, it remains your responsibility to advise Bay Point, in writing, if there are any changes in your personal/financial situation or investment objectives for the purpose of reviewing/evaluating/revising our previous recommendations and/or services, or if you would like to impose, add, or to modify any reasonable restrictions to our investment advisory services. To the extent that a reader has any questions regarding the applicability of any specific issue discussed above to his/her individual situation, he/she is encouraged to consult with the professional advisor of his/her choosing. Bay Point is neither a law firm nor a certified public accounting firm and no portion of the blog content should be construed as legal or accounting advice. A copy of the Bay Point’s current written disclosure Brochure discussing our advisory services and fees is available for review upon request or at www.baypointwealth.com. Please Note: Bay Point does not make any representations or warranties as to the accuracy, timeliness, suitability, completeness, or relevance of any information prepared by any unaffiliated third party, whether linked to Bay Point’s web site or blog or incorporated herein, and takes no responsibility for any such content. All such information is provided solely for convenience purposes only and all users thereof should be guided accordingly. Please Also Note: IF you are a Bay Point client, Please advise us if you have not been receiving account statements (at least quarterly) from the account custodian.